With ever congested skies passengers should never just limit their flight choices to costs and times. Travel comfort can be significantly impaired by an airport’s ability to efficiently handle traffic or resolve unforeseen situations. The same holds for airlines, all of which have different policies for dealing with passenger complaints.

WHERE TO EXPECT DELAYS

2019 has been a good year so far for airlines. Across Europe flight numbers have increased by nearly 100,000 compared to the first three quarters of 2018. While the number of flights has increased, the number of disrupted flights has actually decreased. Several factors have helped, fuel prices have dropped since 2018, pilot shortages have also been redressed by many airlines, and there have been far fewer industrial strikes.

Budget airlines such as Ryanair and Wizz Air have made great strides with 25% less disruption than 2018. British Airways has its own set of problems, they experienced a 200% increase in disrupted flights compared to the same period last year. Confidence in BA is in a nosedive as security issues, computer glitches, and pilot strikes have hit the company. Gaffes by their customer service incorrectly informing clients their flights were cancelled have not helped, eroding customer confidence even further.
“It is very important to differentiate between airline strikes and airport strikes. Airport strikes, like baggage handler, or air traffic control strikes are considered extraordinary circumstances, and airlines are exempt from compensation liability. However, if their own staff; check-in, pilots, or crew strike, then customers are entitled to compensation,” says Elżbieta Tyszka GIVT Head of Legal and Compliance.
LONDON’S COMPETITIVENESS IS LOSING ITS EDGE

At Europe’s top ten busiest airports the quarterly figures speak for themselves. Madrid, Paris and Frankfurt are working well year on year to reduce flight disruption, while Munich and London Gatwick, and Heathrow’s problems are only growing.

However, all these extra flights are putting extra strain on existing infrastructure. Congested airports, and skies, and frequent trade disputes all have their cost. Recent air traffic control strikes in France, Belgium, Germany, Finland, and Italy have put extra pressure on all airlines, airports, and countries.

The biggest challenges currently face British airports. Disruptions at London Heathrow and Gatwick are up, and with the spectre of Brexit on the horizon, these are set only to increase.

The picture all over Europe is cloudy, airlines are beset by many problems, with many big names going under in recent months. Britain’s Thomas Cook, the world’s oldest travel company, was one of the biggest, and the repatriation of over 150,000 UK citizens by the government being called the largest European peacetime evacuation since Dunkirk.

UK AIRPORTS SUFFERING IN THE SHADOW OF BREXIT

Trade disputes, ground staff, baggage handler strikes, and air traffic controller actions all have their impact on disrupted flights. It pays to stay ahead of the crowd and prepare when travelling with known congested airlines, or through congested airports. No one likes delays, but thankfully quick and easy flight compensation is available for any cancelled, or delayed 3hrs+ flights.

“Lufthansa, Ryanair, British Airways, and Alitalia, have all gone on strike in the last few months. This had led to thousands of disrupted flights, and millions of euro in potential compensation claims. And all this disruption is set to continue,” says Giacomo Alfiero GIVT Growth Operations Manager.

Remember, if you have been subject to a delayed flight, depending on where you lodge your claim, you have on average 3 years to claim flight compensation. Different compensation application periods apply in different countries.

Further information about airline and airport strikes and delays can be found here. 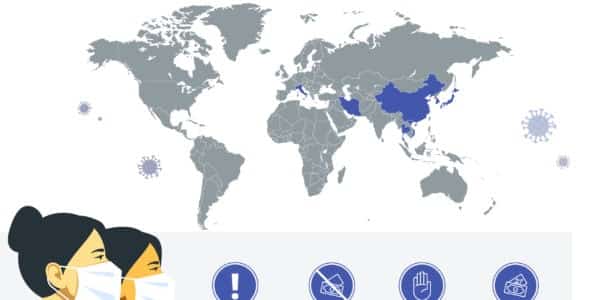 What are your rights if Coronavirus causes cancelled flights?