Brisley Bear will be coming out of hibernation to greet families in and around the Norfolk village, and help raise money for East Anglia’s Children’s Hospices (EACH).

Brisley Bearstival will take place at the cricket club on Saturday, 17 July, with festivities getting under way from 2pm. The village hall committee is organising the event, supported by estate agent Sowerbys. The committee previously managed to arrange a Santa walk over Christmas, raising £720 for EACH.

Ian Edwards, a member of the committee, said: “Brisley Bearstival is a community music festival staged in a safe, outdoor setting. It is free to attend and aimed at everyone, whether they’re nine months or ninety years. The event’s open to all of the Norfolk community who love their music and want to have a great time. We have some brilliant local bands playing, a licensed bar, barbeque and children’s entertainment. All we need now is your support!

“Bring your picnics, your wallets and purses, and let’s have a fantastic time whilst raising some much-needed money for EACH. This is a charity that’s been adopted by the village hall, probably no explanation needed as to why, but we just feel it gives tremendous support to children and families when they’re most in need of it.”

Brisley Bearstival will get under way with a teddy bears’ picnic. Children are encouraged to bring along their favourite bear and there will be a prize for the best dressed. A kids’ disco, giving them a chance to boogie with Brisley Bear, will follow. There will be live music throughout the day from Graham McGrotty, who has played in the West End, the Fakenham Ukes and Sirocco.

Tim Jenkins, EACH Norfolk Community Fundraiser, said: “We’re absolutely delighted support from Brisley continues after what was undoubtedly a lot of hard work to run a community fundraising event last year, what with all the extra considerations to be made around COVID.

“With restrictions now more relaxed, fingers crossed even more people will get involved and enjoy what sounds like a really fun programme of activities. EACH relies on voluntary donations for the majority of its income, making it so important events like this return.”

EACH has been forecasting a deficit throughout the pandemic, owing to the impact of it on fundraising and retail, and this remains the case for at least the next 12 months.

To find out more about Brisley Bearstival and other events EACH has lined up visit www.each.org.uk/events.

Community-spirited residents are ‘flabbergasted’ to raise more than £2,000 for EACH 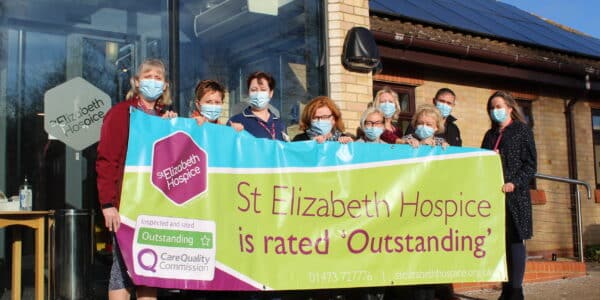